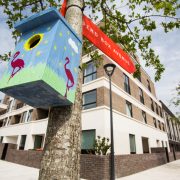 We are carrying out a short survey to gauge your feedback and help identify how we can improve our service at Chobham Manor. This survey includes a question reviewing the level of sinking fund being collected for Chobham Manor.

To complete the survey follow the link here https://www.surveymonkey.co.uk/r/ChobhamManorMay18.

The survey will close on Saturday 30 June 2018, your views will help improve our offer to you as residents living at Chobham Manor. We will repeat the survey quarterly throughout the year and results will be shared via Chobhamlife.co.uk and in the Chobham Life Newsletter.

Thanks for your support. 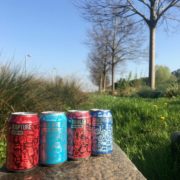 Timber Lodge Café has some exclusive offers for residents this June…

£2.50 on our selection of craft beer for Father’s day on Sunday 17 June

Throughout June stop by Unity Kitchen at Timber Lodge for a picnic on our lawns, the perfect way to spend a summer’s day! We will be offering all the picnic essentials including meal deals; sandwich, crisps and a soft drink for £5 (or choose an alcoholic drink for a £7 meal deal).

We have a great selection of craft beers supplied by Magick Rock as well as a delicious new selection of summer sandwiches and salads lovingly prepared by our chef’s and apprentices.

We look forward to welcoming you soon. 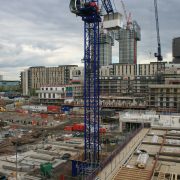 Following discussions with Newham Council, Taylor Wimpey have been given permission to extend the Saturday working hours from 8am – 1pm to 8am – 5pm.

Extended working hours will not take place every Saturday and Taylor Wimpey will endeavour to closely monitor sound and dust levels to avoid any disruption to local residents.

A site manager will be on duty during the extended hours, for any queries please contact Matt.Aylen@taylorwimpey.com

Thank you for your continued support. 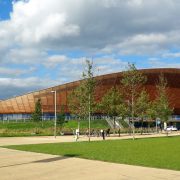 Information for residents, events have also be added to the upcoming events calendar:

Lee Valley VeloPark has provided the following information for residents: 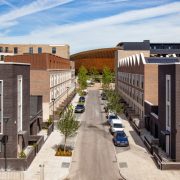 I am writing to introduce myself and with regards to the sinking fund levels currently being charged at Chobham Manor which I understand have been a matter of concern for residents of Chobham Manor.

Following some recent changes within London and Quadrant I have been appointed as L&Q’s Regional Manager responsible for L&Q’s East Neighbourhood in place of James Hunt who previously led the team responsible for Chobham Manor. I am looking forward to working with you all and our Property Manager to ensure the highest quality service is delivered to the residents of Chobham Manor.

I understand that the level of sinking fund has been an area of concern for residents of Chobham Manor as have some of the service charges being recovered for Chobham Manor.

Due to the way in which the management of Chobham Manor is structured the final decision regarding the level of sinking fund charged is not a decision that L&Q as the Property Manager is authorised to make, this decision is undertaken by the Management Company.

To assist us in finding a solution, we will be running regular surgeries with our Service Charge team throughout the year to allow residents to discuss their service charges and also at the first surgery provide input into the level of sinking fund that is recovered at Chobham Manor.

Once feedback has been received from residents we in our role as Property Manager will present a number of options to the Management Company for a final decision to be made regarding this matter.

The first surgery will now take place on Thursday 7th June between 3pm and 7:30pm

We will let you know the location and communicate to all residents well in advance of the surgery.

We will also contact you all further to provide a schedule of surgery dates for the next 12 months.

I look forward to working with you all in the best interest of Chobham Manor.